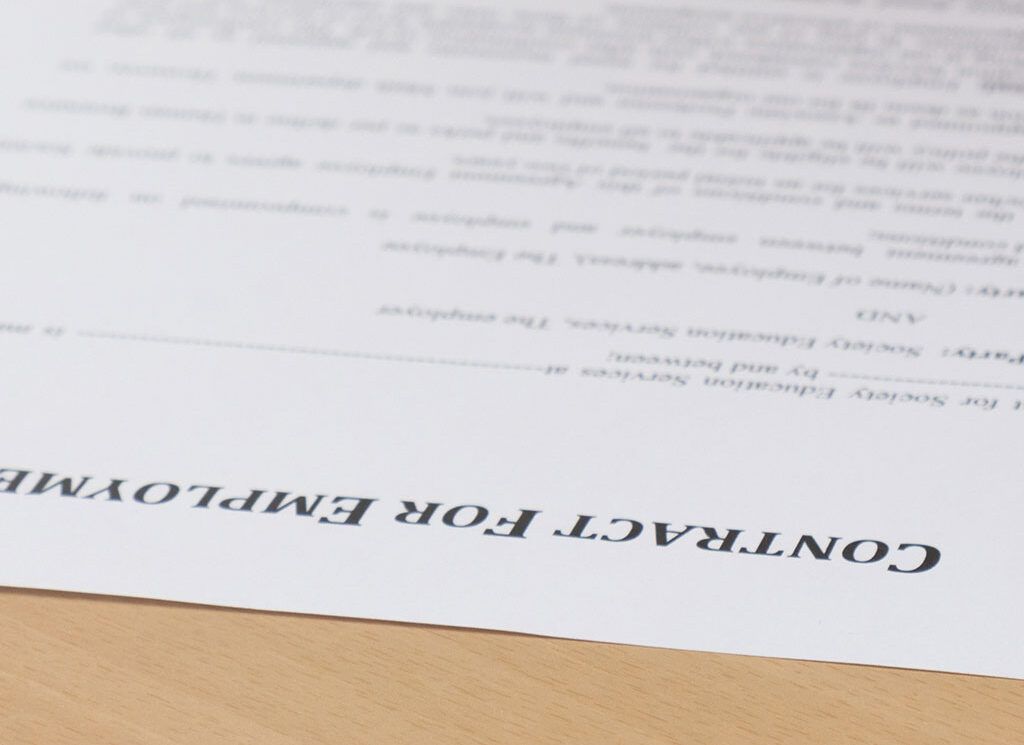 It was recently announced by the Department for Business, Energy, and Industrial Strategy (BEIS) that there will be a new Statutory Code of Practice in relation to “fire and rehire” tactics (“the Code”). This has been highly anticipated since the start of the pandemic when it was common for employers to want to change contracts to compensate for the rapid change in ways of working.


“Fire and Rehire” is formally known as “dismissal and reengagement” and is a tactic used by employers when they want to change the terms of a contract, but face resistance from their employees.

Employers will rehire the same employees but on less favourable terms to cut costs or reorganise business operations. This is often seen as unfair to the employees, as they lose benefits or pay in the rehire process.

Discussions around “fire and rehire” can often be heated, and rightly so.

The recent case of USDAW & others v Tesco Stores Ltd (EWHC) highlighted some of the key issues involving the practice of “fire and rehire”.

In this case, the High Court granted an injunction to stop Tesco withdrawing a contractual benefit through dismissal and reengagement.

In the 1990s, Tesco expanded their distribution network and needed to relocate premises and as a result offered “retained pay” to employees as an alternative to redundancy. The retained pay would remain as long as the staff were employed in their current role and could not be taken away unless by mutual consent or promotion. They used the term “guaranteed for life”.

However, in 2021, Tesco removed retained pay, offering a lump sum of 18 months retained pay for giving up the benefit- if employees chose not to take the deal, they would be dismissed and rehired with new terms, but without the retained pay.

The claimants were granted an injunction preventing Tesco from terminating their contracts. The Court held that there should be an implied term in their affected contracts to stop Tesco terminating contracts with the sole purpose of removing or diminishing the right to retained pay.

Tesco was still free to terminate contracts for a good cause e.g. genuine redundancy or gross misconduct.

The facts and decision of this case suggest that the courts will hold employers to a high standard when it comes to “fire and rehire”. The new Statutory Code appears to follow this sentiment by “clamp[ing] down on controversial tactics used by unscrupulous employers who fail to engage in meaningful consultations with employees”.

The intention behind the Code is to provide employers with a series of practical steps to follow in relation to making changes to terms and conditions of employment.

Whilst the Code does not impose legal obligations, it will be taken into account by Employment Tribunals in relevant cases. If employers have followed the guidance of the Code, they may be looked upon more favourably by the Tribunal.  However, in cases where the employer has been found to have been unreasonably non-compliant with the Code where it is applicable, the Tribunal have the power to apply a 25% uplift to the employee’s compensation.

In terms of what the new Statutory Code of Practice will mean for employers, the short answer is it’s not entirely clear.

It is highly unlikely that “fire and rehire” tactics will be banned completely, as the BEIS suggested that employers could still use it as a tactic where changes to contracts are absolutely essential, and a voluntary agreement cannot be reached, but that it should only be used as a last resort.

The Code is also unlikely to make any major changes to the current standards of practice, but it may well highlight the practice guidelines in ACAS’ guidance from November 2021 on making changes to employee’s contracts.

The current law is already fairly clear on requiring employers to act reasonably when using “fire and rehire”, needing consultations where the changes would affect 20 or more employees.

Hopefully, the Code will simply clarify the employer’s obligations, and emphasise the need for fair and reasonable actions. It may well help small employers to understand their obligations, although it is unlikely to go much further.

Google Rating
5.0
Based on 13 reviews

Adam Knights
09:20 25 Jun 21
Jo Dawson & Joe Phelan have acted for both myself and my business Knights Care and every time they have been outstanding. Cant recommend them enough, thank you to everyone at Dawson Radford.

Ashley Hibberd
14:20 09 Jun 21
My business - Marvel Projects Ltd. recently engaged with Dawson Radford Solicitors and the prompt response and efforts Jo and the team went to was great. They certainly went over and above with their customer service efforts. Thank you, we'll definitely be using you in the future.

David Walton
18:24 29 Sep 20
Great experience throughout. Kept me up too date at every step and professional and friendly. Definitely would use again and recommend!

Charlotte Pearson
16:36 25 Jun 20
Would highly recommend especially Joe Phelan, he went above and beyond in his work and managed such a quick turn around for a commercial property lease for myself, I would use him again in a heartbeat and would definitely recommend to anyone!

Nigel Tyas Ironwork
13:21 02 Jun 20
Dawson Radford are a great team - friendly and approachable at all times they worked efficiently throughout our transaction. We would definitely recommend them. A pleasure to deal with. Many thanks for the support.

Harold Lilleker
11:02 03 Mar 20
Fantastic and efficient service again!A company that really cares for my company.Many thanks to everyone at Dawson Radford.5 Stars

Wayne Harrison
18:28 29 Jan 20
Jo, Jean and all the team were a pleasure to deal with in the sale of my business. Easy to contact, efficient and professional. Highly recommended.

R A Sidebottom Roofing Ltd
09:36 07 Oct 19
A real pleasure to deal with, the service was efficient and professional but also friendly. A breath of fresh air from some of the other practices I have used.Highly recommended.

Amy Fettis
09:02 02 Oct 19
Quick, efficient service - a pleasure to deal with and I have already recommended to others. Thank you!

Sarah Brunt
23:08 14 Jan 20
I fully recommend Jo and the Dawson Radford team. Jo is friendly, approachable, trustworthy and excellent at what she does. I’m extremely impressed with the efficiency of the work done for me. They offer a very expert service and I’ll always recommend them.

Roger Tresco Willis
09:48 04 Oct 19
Dawson Radfords Solicitors are totally trustworthy and approachable. They have handled my intricate business details with ease and little fuss. My personal transactions such as my Will and Trust and also set up a charity The Koby Foundation caring for children in Accra, Ghana.What is pleasing is the cost which is very reasonable for the massive amount of work they undertake.I highly recommend The whole team at Dawson Radford.Roger Willis a very happy customer.

James Langley
22:07 28 Nov 16
I have used Jo's services for many years now! I for one can tell you that the service provided from Jo is second to none! She is professional, honest and really listens to your needs. She goes above and beyond and gives it that special one to one need! Jo gets you the results not only what you want, but deserve! Absolutely fantastic! I would recommend her services to anyone. This is the solicitors you need on your side; personal, professional and friendly to the core.